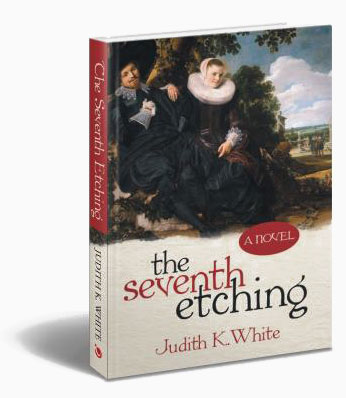 A historic family drama based in and near 1640 Amsterdam, the wealthiest city on earth at the time, The Seventh Etching tells the story of two families over a one-year period. Both Griet and Johannes Verhoeven, farmers in their early ‘20s and Jos and Myriam Broekhof, wealthy merchants in their ‘30s, face devastating losses that threaten their livelihoods and their marriages.

It is a six-year old Gypsy orphan, Nelleke, who connects the two couples. Sprightly and spirited, Nelleke both delights and exasperates. Might this mysterious child have the power to heal struggling adults and find the permanent home she seeks? Does she, innocently and unknowingly, hold the clue to the missing etching, as Jos suspects?
Selected Reviews | For more reviews, please visit the book's Amazon page.