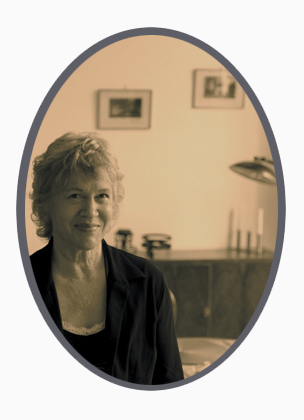 Photo by Marc JeanneteauJudith K. White came of age in rural Ohio and earned degrees at both Oberlin College and Ohio State University. Her adult life includes living for extended periods with her husband in Central and South America, Amsterdam and Boston. A lifelong lover of language, Judith is fluent in French and Spanish and conversant in Dutch which she regularly refreshes during visits to the Netherlands. Her careers span linguist, educator, entrepreneur and nonprofit fundraiser, including Peace Corps volunteer and trainer; Founder of Foreign Language for Young Children; Co-Founder/Co-Director of Global Child, Inc., and Director of Development of Latin American Health Institute. Her previous publications include Phrase-a-Day Series for Children in French, Spanish and English.

The following historical novel titles comprise Amsterdam Trilogy, based in the 17th century: The Seventh Etching, The New Worlds of Isabela Calderón, and The Rise of Dirck Becker. Judith’s memoir, Autumns of Our Joy - A Memoir of Romance, Stem Cells, and Rebirth was co-written with her husband, Allen L. White. The Carving: A Celebration of Womanhood in Stories and Skits explores the lives of 20th and 21st fictional American women. Parents of three grown children and grandparents of three, Judith and Allen live in the Boston area and Florida. They travel and speak frequently in both the U.S. and abroad.